Searching for alternatives can no longer be done individually but together, to build a society where everyone, regardless of what they have and can afford, can live in freedom and dignity. 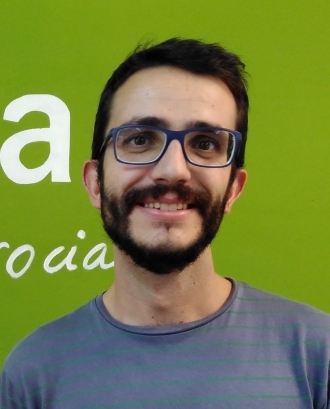 Today’s crisis highlights the fragility of our social and economic systems. The halt in activity, which was forceful on this occasion, is not the same as when thousands take a break from work in August: to rest, do business and create precarious jobs equally. The state of emergency and the closure or latency imposed on almost all businesses and companies has led unemployment figures to skyrocket. When we stopped, the system collapsed.

Consumption is one of the pillars sustaining the system. The difficulty, in our social and economic framework, is that all of the elements in the system are considered as elements to be consumed, even individuals. In fact, during this crisis, we are witnessing how people who once could keep going thanks to their job, are now rushing to social organizations for help. Also, when talking about social benefits, basic income or aid for the most vulnerable, we see a wave of complaints, incomprehension and lack of solidarity: if they aren’t able to consume, if they have been left to fall, it is no longer a collective problem: it their own responsibility.

Despite all this, the solution that will be put forward will consist in fiddling with the system’s rules and getting consumption up and running again. Reopening businesses and companies, and lifting temporary layoffs to allow those affected to go back to the previous situation and crawl out of their homes (with distancing measures, of course) so they can consume. For how long? Until the next crisis hits, be it and economic or health crisis.

It may not be a foolish solution, it all depends on how things are done. The idea that everyone is to consume a lot, more and more and without stopping and faster every time is proving to be a not-so-good idea for people and our planet. Even if consumption shapes our life, it is also the playing field where the dynamics of transformation may flourish. In this regard, what might be a strategy for change is the way in which we consume. It’s not about stopping consumption all together or living a life with no technology or goods, as has been signalled all too often.

One example among many of the options to resist in this regard is consumer cooperatives and consuming agroecological, local produce. These groups allow for a different way of practicing economy and also offer people different ways of establishing relationships, and are also opening up new political spaces; spaces for transformation by giving a whole new interpretation to a simple act like going to buy groceries.

And this same example applies to many other spheres of life, like the support networks that have emerged during the Covid19 crisis. Communities of neighbours who have formed new relationships, or entire neighbourhoods that have taken good care of the elderly. Areas where the very concept of neighbourhood has been reinterpreted finding collective alternatives.

Non-profit organizations and people working in them have found inspiration from these alternatives: collaboration, networking, looking for alternatives together must constitute the pillars for a sector to make it possible for people to stop being considered as socially excluded just based on their ability to consume. Searching for alternatives can no longer be done individually but together, to build a society where everyone, regardless of what they have and can afford, can live in freedom and dignity.

Say their names here too
By Clara Asín
When art walks into a hospital
By Irma Borges
I am not racist, but...
By Karlos Castilla
It’s time to tackle structural racism
By Georgina Siklossy
More articles
Interview
Interview
News
News