We always say that lacking a reference nearby, other children suffering the same disease, leaves you slightly adrift but also erases horizons. 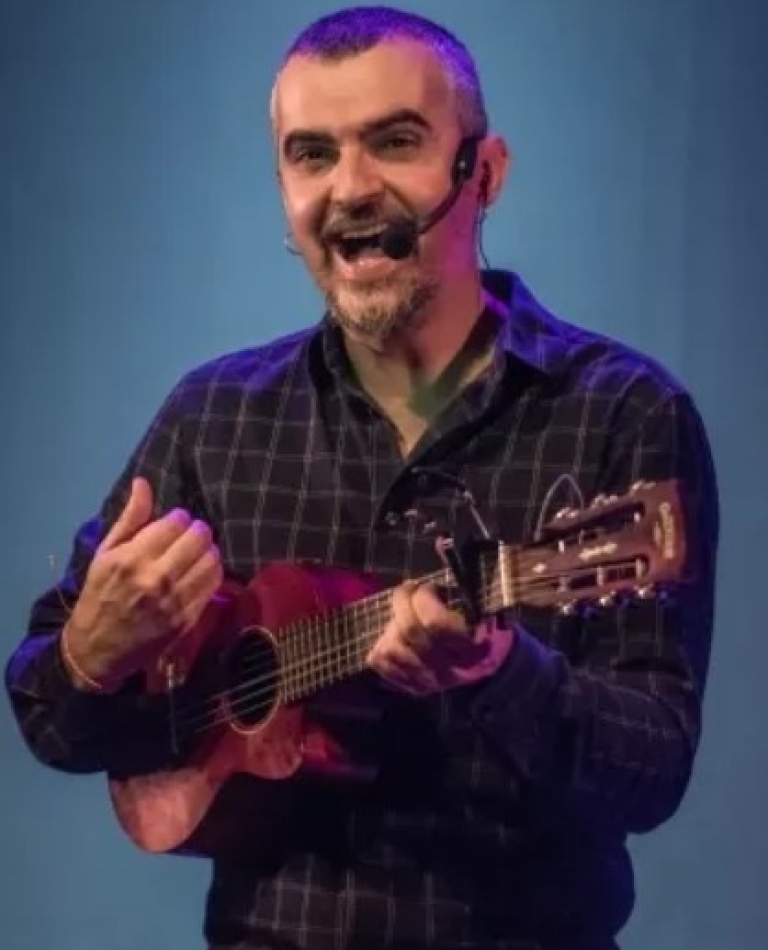 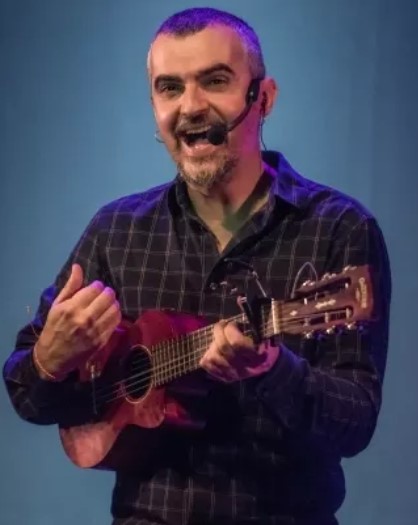 On 23 April we used to give each other roses and books until on Saint George’s day 2018 Lluna blessed us with love and laughter and flowers that were missing some petals. She was our second daughter and, as such, we, my partner Alba and I, thought we were well prepared and safe from most of the scares that come with parenting. Our second daughter; similar to our first, but with the situation under control, as in that you know what your weak points are and how the wind whirls just before a storm; it’s just a number: daughter number two. But the truth was to unravel itself quite differently; little where we to know that Lluna came with a bundle of excess calcium that, in large amounts, had stunted her precious cerebellum. She arrived with a mutant power that started to manifest after 4 to 6 months, when we started to observe her slow progress, her lack of balance and squinting eyesight…

Then our journey began, researching and carefully searching with the discretion of someone who isn’t quite ready to read certain things and make projects too soon. Reality kicks in or jumps in. I felt my heart squeezing violently and I spend a good couple of days crying my eyes out. With my partner, one day one would crumble and the other would be supportive and go fetch a paper handkerchief and tidy the kitchen, and the next day the roles would change.

Next came a stage of paperwork and appointments: CDIAP, physiotherapist, social worker, neuropaediatrician, Barcelona’s children’s hospital, orthopedics, disability assessments, dependency, etc. Feeling grateful for the unconditional support of so many professionals and resources available; bureaucracy can be a bit uphill but daily or weekly encouragement is priceless.

A few months down the line this Lluna’s power was given a name. In fact, it’s such a rare disease that it doesn’t even have a name. But they were able to identify the gene that made her the most special of all, the only drop of this colour in the whole sea. A mutation in gene CACNA1G and SCA42 ND (spinocerebellar ataxia 42 with neurodevelopmental disorder).

Trying to identify other children with the same power (or mutations leading to it) we had to search in France, Italy, Ireland… and here is where social media show their kindest face, with tireless Alba (IncansAlba) contacting these families and sharing information, letting loose of emotions and getting the neuropaediatricians treating these children in touch.

We always say that lacking a reference nearby, other children suffering the same disease, leaves you slightly adrift but also erases horizons. Lluna may make it this far, a step further or even farther beyond and we will do our best to accompany her with all her limitations to overcome them together. With the help of Aixa, our oldest daughter who has become familiar with the orthopaedic jargon and plays at being a physiotherapist, bringing toys to the standing frame, removing her splints or putting up with the odd hear-pulling fit full of painful love.

We get by our best. Sometimes we write songs for her, others we go to therapy. Especially because you’re so focused doing your most for their wellbeing, trying to find help without raising feelings of compassion, blaming fate and the quantum of the cosmos, learning and taking things a step at the time, pretending you’re getting along ok while wiping away the drool and tragedy, filling the house of toys and orthopaedic devices that you can’t find time for everything. Sometimes we can’t help comparing her, comparing ourselves; it’s inevitable and quite human, it seems. In these cases I think what’s important is that we all wish for happy children; the difference being in our case that there’s heavy fog that keeps you back and maybe the odd extra wrinkle on your skin.

Meanwhile, Lluna and her stunted cerebellum rocks from side to side, so as to not cover the light you’ll see when looking into the moon in the sky.

The end of daylight saving time, a clear opportunity to improve health
By Ariadna Güell i Marta Junqué
Being prepared for the unexpected, key in a situation of communication crisis
By Isabel Vergara
More feminism for a gender equal world
By Georgina Diaz
Every day is March 8
By Associació de Dones Ca l’Aurèlia
More articles