One of the most important factors for social cohesion is already in the name: Cohesion. By working together, communicating with each other and networking, we can strengthen our cohesion.

As a working student, Laura Frömberg is involved in the conceptual design and implementation of the project "European Volunteering Capital 2021". She is studying for a Master's degree in Non-profit Management and Public Governance. 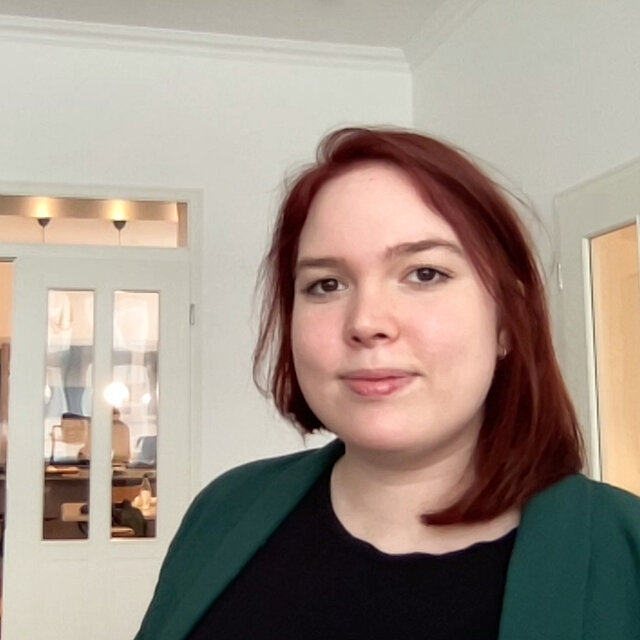 Our campaign year stands for freedom, cohesion, tolerance and solidarity. This year also proves to us once again that the great willingness of Berliners to help and their volunteer work are fundamental to social cohesion. We therefore want to once again focus special attention on four innovative organizations and projects that are making their own contribution:

Donut Berlin, for example, takes the approach of the donut economy: well-being instead of growth. According to this, social cohesion requires a new narrative of local politics and urban planning that overcomes old oppositions between ecological and social goals. During online workshops and an online regulars' table, ideas are collected and concrete implementations of projects are planned. This creates a space for informal gathering, exchange and networking, and opportunities for selective but also longer-term engagement. In doing so, they bring the diverse actors into dialogue with each other. Donut Berlin inspires us to think anew about the good life in the city.

The ReDi School also creates connections. It connects the Berlin tech community with interested refugees, migrants on their way into the IT industry by means of tech courses taught by volunteer IT experts - because it's not just expertise that counts, but also networking. They use many different innovative formats: end-of-semester events where students present their work to the tech community, a mentorship matching platform, tech talks with experts from the field, and a job fair, a meeting place for employers and alumni. In this way, ReDi School is committed not only to addressing the skills shortage in business, but also to an integrated, open society.

Another project for working together is the Machmit-Box from Berliner Stadtmission. The Machmit-Boxes are located throughout Berlin and can be giveboxes, raised beds or beehives. Each box has a volunteer buddy who organizes the tasks around the box online as well as offline. The Machmit-Box enables homeless people and young people to participate in the maintenance of the box and the individual locations. In this way, the Machmit-Boxes create team cohesion and nature awareness.

The videos from the Unionhilfswerk also provide important impetus for social cohesion. With their low-threshold short films, people who have not yet engaged in volunteering learn what volunteering is, what it can involve, and what its strengthening effects are - both for themselves and for cohesion, diversity, openness, and encounters between us. The videos contribute to Berlin's engagement strategy by breaking down barriers and facilitating access to engagement. All the projects, as different as they are, have one thing in common: they inspire us to work together.

Further information on our innovation contest and the individual projects can be found here.

This article was originally published on the freiwilligenhauptstadt.berlin.

The importance of educating for peace
By Antoni Soler Ricart
Climate change: between catastrophe and the impossible
By Naiara Fernández López
Ensuring our privacy and controlling our data
By Jordi Palouzié
Indigenous communities rebel in Abya Yala
By Agustina Daguerre
More articles
News
News
News
News