Building networks to save all of us

These days in the Caravana Obrim Fronteres, during our stay in Valencia, we’ve heard the testimonies of how these gender-specific violations are an aberration that we either can’t or won’t see.

Primary school teacher, specialized in Special Education at a public school in  Alt Penedès. She also participate in the Coeducation Team (ICE UAB). She is linked to social and political action movements related to human rights and feminism. She was one of the people who was part of the first expedition to Greece of the Caravana Obrim Fronteres. 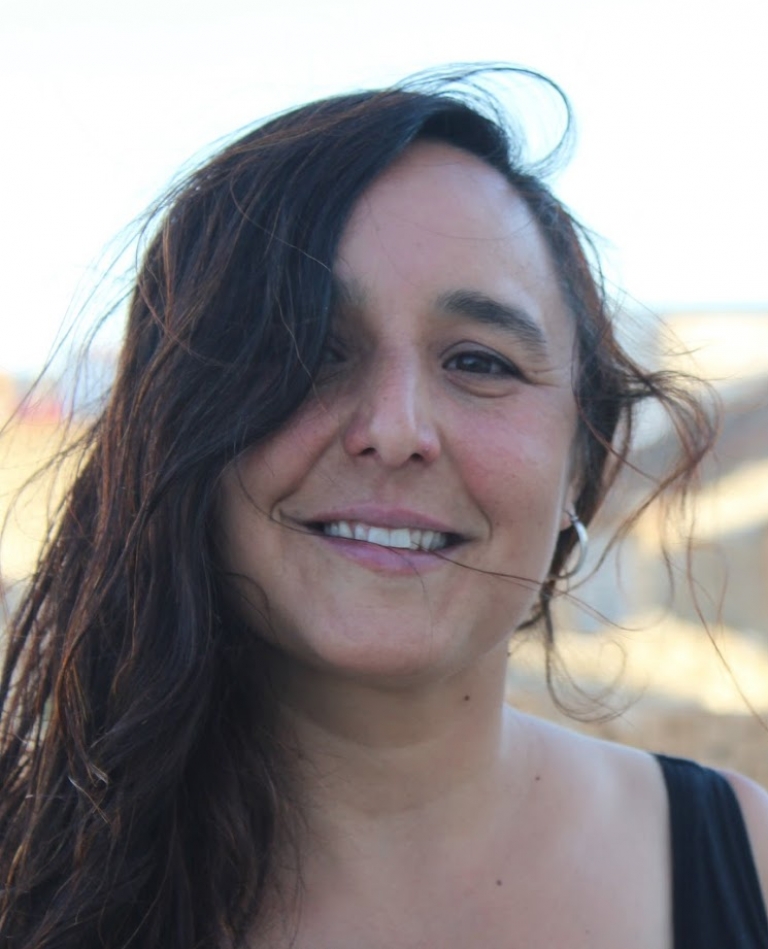 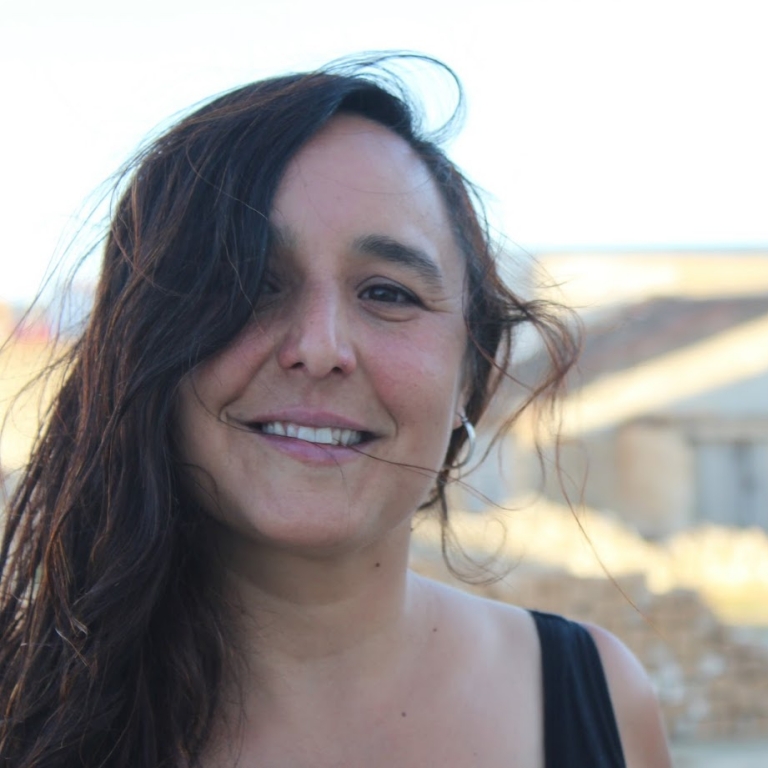 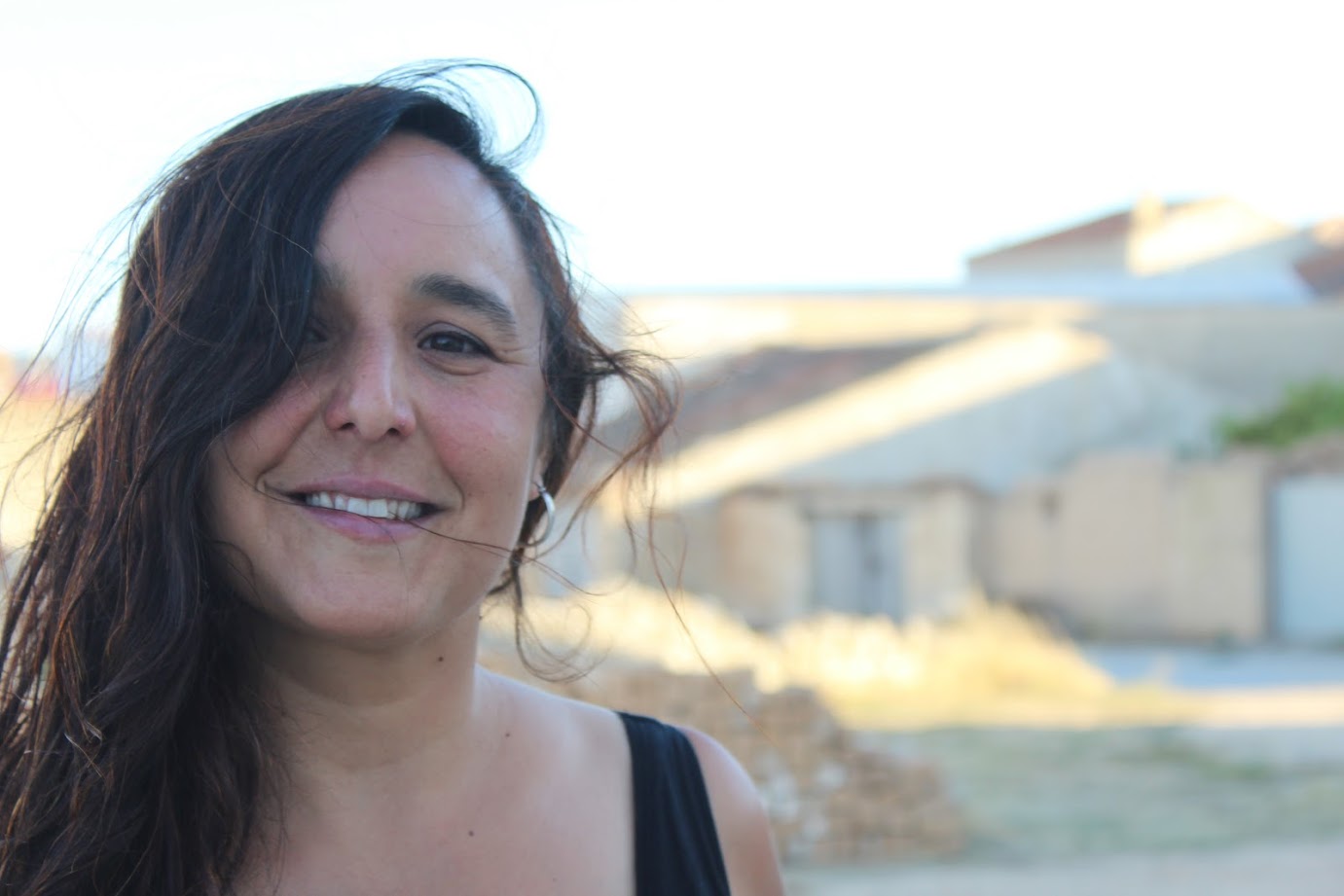 All those who know me know that I was raised by my grandmother, Carmen. What they may not know is that at the age of eight my grandmother was already a full-time gleaner—from sunrise to sundown. As you can imagine, my great-grandparents were among those who lost the war, and the post-war period brought them misery upon misery, so my grandmother Carmen, at 11, went to the city, to Puertollano, to ‘serve’ as an intern. So from the age of 11 until she was 18, she worked every day of the week and all the hours that her body let her, which were almost all of them, and earned a fourth of what an adult did. It’s not surprising, therefore, that at the age of 18, tired of working for little more than shelter and food, back in 1950, she borrowed some money, caught a train and emigrated to Catalonia.

In the 1950s, arriving in Catalonia as an immigrant was dangerous; if you had the misfortune to get off at Estació de França and the Evacuation Service suspected your migrant origin or your lack of money, they would transfer you to the Palacio de Misiones (Missions Palace), which, despite its pompous name was a detention centre for immigrants. People remained there until they were deported to their places of origin: Extremadura, Andalusia, La Mancha... She skipped that checkpoint, luckily enough. What follows is what we already know, neighbourhoods on the outskirts of town, rooms rented to families, family reunions... Later on, in the 1960s, with the "desarrollismo" (developmentalism) they stopped deporting people; the workforce had become essential to establish the dictatorship of capital that fed on bricks and sun.

When he asked for the retirement pension when he turned 65, it broke my soul, I remember the digits, 46,000 pesetas, which now it would be about € 280. Thus the woman who had raised me and her 5 children, who had achieved
regroup his whole family in Catalonia, who learned to read at the age of 50, who had taken care of life of other families in an integral way, was being punished by a Welfare State that not only ignored their contributions to reproductive work, but instead maintained their productive work in the margins, devalued, invisible...

I will also tell you that my grandmother devoted herself for more than 40 years to feeding the chain of care, or to be clearer, to cleaning, cooking and raising the children of others. Her living and working conditions were not different from those faced by women who are links in the chain today. After 10 years she could not get a work contract signed in the household where she worked from moon to moon, so she started paying for what was called ‘domestic insurance’, a special work regime that today remains outside the general statute of workers, probably because most of those under this regime are women. It’s an exceptional regime without the right to unemployment, and which denies the existence of occupational risks and violates decent working hours and wages. I grew up like this, afraid of getting sick because that would mean she would have to miss work, spending my school days quietly painting the same picture for hours at the home of ‘the gentlemen’ while she dusted the place, telling me stories she had learned by heart.

The living and working conditions of the women who take care of others and clean have not improved much. Currently, only two out of every three domestic employees are registered on social security, according to the EPA, or ‘Encuesta de Población Activa’ (Labor Force Survey). Men make up only 4% of the employees in this sector, so women represent the remaining 96%. It’s also estimated that approximately 70% of them are of foreign origin and many of them are well educated. The current lack of logic is different and responds to extractive, colonial, but also class and gender trends, as in the past. And this isn’t a territorial anecdote, although it’s true that Spain is one of the EU countries with the most outsourcing and precariousness in its care chains—it’s a worldwide situation, which occurs within all countries and establishes insurmountable socio-economic inequalities, and female labour is also exported across the globe for work purposes related to care, a labour which is obviously underpaid and undervalued. I was very surprised to learn that a fourth of all domestic workers are in the Middle East and that Lebanon is one of the countries with the largest concentration of these workers.

The cross-border women, the live-in maids, the cleaners, the carers... they all live on the margins that bring order to general working conditions, they all suffer multiple forms of discrimination, their rights are diminished and we’re the first to look the other way when a woman comes to our homes for a few hours to clean, or takes care of our mothers, or picks up our children from school and cleans the hostel room where we’re staying these days. These are tasks that go unseen, but without which life cannot go on. It’s very clear, however, that life is not a priority of capitalism—capitalism extracts, urbanizes and demolishes lives to achieve its end and our modus vivendi, our European routine based on capital pushes us to be productive and to market what matters, which, I insist, is life. The motto of 8M said ‘If we stop, the world stops’, and I shut my eyes and asked AND PRAYED... ‘LET IT STOP!’. But nothing has stopped, neither with the 8M, nor with climate change, nor with a pandemic, nor with thousands of femicides... and it doesn’t stop.

This year the Caravana Obrim Fronteres (Opening Borders) has once again put gender at the centre and us privileged women, at least with documentary privileges, who have jobs outside the home, on many occasions have decided to outsource part of the reproductive work that has been unfairly assigned to us, but we have not dignified this outsourcing because we have perpetuated a precarious system that places the burden on other women who have to juggle also caring for their own, women who on many occasions have to delegate the upbringing of their people, a kind of parenting ‘between two lands’, and these women continue with their diminished opportunities, their diminished labour rights, and diminished human rights as well.

These days, during our stay in Valencia, we’ve heard the testimonies of how these gender-specific violations are an aberration that we either can’t or won’t see, even if they take place a few metres from home or reaches our plates or cleans our kitchen once a week. Some examples came from Valentina of No Name Kitchen, who explained to us that women in migratory transit by themselves on the Balkan route are few and are multi-survivors. Laia from Solidary Wheels told us about the ‘no-rights’ status resulting from the territorial legal exceptionality of the Melilla colony and the difficulty that women have at border crossings. Belén de Ausaj made us blush by showing us the cage in which they found the Huelva temporary workers crowded together. Lola and Rocío told us about the union self-organization models in which they participate from Aiphyc València and from Sindillar. Maica de Orriols Conviu explained to us how the people save the people and how neighbourhood solidarity saves lives. Our partners from Women Defend Rojava, Azadî Jin València and Mujeres Enredadas from Colombia, showed us how women get their claws out when it’s necessary to claim rights for all. #regularization now!

The comrades have organized themselves to ask for what corresponds to them, but from my point of view, we have the obligation to claim with them, because their achievements will be social achievements that will benefit us all and because it's a pending debt that we have. At least I have it, I have it with my grandmother and it's about time that women begin to decide in what kind of world we want to live and if we prioritize genocidal policies related to inequalities and cannibal capitalism or we prioritize life, that simple and that complex. So, I encourage you to share ourselves in the next caravan, to join us, to look at us head-on and to weave a wide network that saves us all, because if they touch one of us, they touch us all.