Colombia: Why do they slaughter us?

Julia Matildelina speaks in name of Col·lectiu Maloka and the Observatori per l'Autonomia i els Drets dels Pobles Indígenes a Colòmbia, organizations linked to the Taula Catalana per la Pau i els Drets Humans a Colòmbia, about the situation in the South American country. 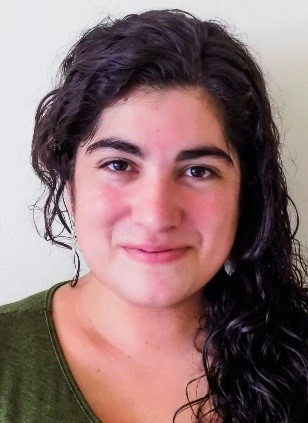 Colombia is in mourning. As of this writing, Indepaz counts 46 massacres that have left 185 people murdered. To this must be added 196 social leaders and rights defenders and 41 ex-combatants of the FARC-EP (signatories of the peace treaty) who have also been murdered. The month of August has set off all the alarms, with the slaughter of five Afro-descendant minors in a working-class neighbourhood of Cali that brought Black Lives Matter to Colombia and the murder of young people, peasants, indigenous people, and members of the LGBT community, the country has not had a respite from bad news. It’s a constant harassment of death. What’s going on?

The older Nasa, an indigenous people that are famed for their strong organizational capacity, say that history is not linear but moves in a spiral instead. Maybe that's why sometimes we have the feeling that history repeats itself, but the spiral in each circle has the capacity to go deeper. Colombia is a country of inequality, where 1% of the largest properties own 81% of the land, which implies the highest concentration of land ownership in Latin America. The late sociologist and truth commissioner Alfredo Molano always argued that the basis of the Colombian conflict was a question of land, and that violence in the country was the way of dispossession by businessmen and landowners. For this reason, during the negotiations of the peace treaty between FARC-EP and the Colombian state, this was a central issue.

Alvaro Uribe and Ivan Duque: From "there is no armed conflict" to "they are not massacres"

In 1997, in El Aro, Ituango (Antioquia), AUC paramilitary forces murdered 15 peasants. Álvaro Uribe, the then Governor of Antioquia, is accused of being guilty by omission. This case has achieved what seemed impossible: the Supreme Court of Justice ordering the house arrest of Álvaro Uribe, and Uribe also being forced to testify in a free version. The house arrest is due to a prosecution for witness tampering and procedural fraud within the framework of the trial of the massacre in El Aro. For victims organizations that demand justice, truth and reparations since decades ago, seeing Uribe on the bench gives the illusion of less impunity.

With the victory in 2018 of Iván Duque, then the presidential candidate of Uribe and his Centro Democrático party, Uribe has demonstrated the validity of his political power. In the same way that the former president denied the existence of an armed conflict, Duque denies that there are massacres and calls them collective homicides. The Colombian political scientist Viviana García Pinzón asserted in DW that in the Colombian collective imagination, beyond legal or academic definitions that speak of the number of victims, the concept of massacre is linked to the idea that an armed conflict persists and that these are homicides against the civilian population, or against people who are not armed. They are motivated by hatred or by an interest in generating fear among the population of a group or territory, beyond the victimized people.

The institutional discourse goes beyond denying concepts; the work of human rights and territory defenders has been repeatedly delegitimized, inducing that the motives for the murders are only related to drug trafficking, as if this exempted the government from responsibilities, and as if this did not involve paramilitary groups. These are words that generate violence and cause a double victimization of the murdered people and their families.

Social organizations remind the Centro Democrático that the presumption of innocence they defend for Uribe should have been applied to social leaders who have spent years in jail without a fair trial or even to those who have been murdered and who are criminalized.

History in a spiral: the same violence in the same territories

In this review of history in a spiral, it’s necessary to be able to remember. The territories where paramilitary forces displaced hundreds, and even thousands of people (up to over seven million internally displaced people), at the end of the 1990s, were immediately coveted for monocultures, livestock, infrastructure and energy mining and extractivism.

Today, the map of the war has changed. The disappearance of the FARC-EP as an armed actor after the peace treaty left a disturbing void that had to be filled with the proposals contained in the six points of the treaty regarding five major subjects: land, political participation, laying down of arms (which included a small but insufficient note on the dismantling of structures inherited from paramilitarism), a solution to the problem of illicit drugs, and victims of the armed conflict. The Duque administration, and, to be fair, also that of Santos, have played at making this agreement moot. The dreaded disturbing void became an open war between paramilitary groups that ally with drug traffickers with their own structures, the dissidents of the FARC (an increasingly large number due to the breaches of the treaty), and guerrilla groups such as the ELN and the EPL, and drug trafficking always making it possible for the war to be sustainable for armed forces of every stripe.

What about the setting? The same territories. And the victims? The same groups of people. The indigenous population, an important part of the struggle for territory, have had 276 lives taken since 2016. The Awá people, in Nariño, are an example of this extreme violence. Since the beginning of the year, they have suffered 11 murders, two massacres, nine mass displacements, three extortions, two armed confrontations in which the civilian population has been involved, and one act of harassment, as documented by the Indigenous Unit of the Awá People (UNIPA). The Association of Indigenous Peoples of the North of Cauca (ACIN) has denounced murders by the army and other victimizing acts where it has yet to be clarified who committed them and why they occurred. The Ombudsman's Office affirms that paramilitary groups have taken advantage of the pandemic to further strengthen their expansion and are present in 90% of the national territory. The armed groups have not confined themselves. And it all happens in regions where the strongest presence of the state are brigades and their military battalions. Who profits from allowing this violence and terror to be unleashed in a chaotic manner where it’s not apparent who it benefits? Time will tell, but history can help us.