We need to make spaces for women, and particularly non-privileged women, to lead decision-making processes. 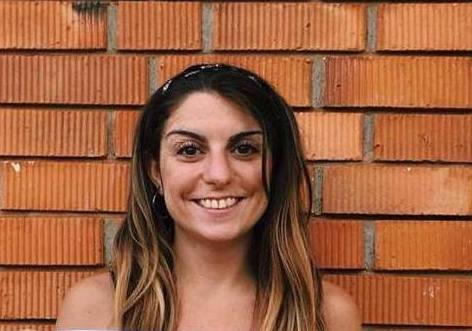 It’s been over 25 years since the global adoption of the Beijing Declaration and Platform for Action, which engaged world leaders in a common agenda for women’s empowerment, but many of the challenges already pinpointed back in 1995 still remain unsolved today: gender-based violence is still prevalent, women are paid less than men for the same job, and there aren’t enough women in decision-making positions. At this rate, we will achieve gender equality no earlier than in 100 years, according to the Global Gender Gap Report 2020 from the World Economic Forum. But for this to happen, we need to tackle the roots of gender inequality.

First, gender equality must acknowledge that not all women experience discrimination equally, so it’s essential to know that feminism might not look the same for everyone. Gender policies must recognise the several ways in which patriarchy constrains the rights of working class women, BIPOC women, trans women, migrant and refugee women, Muslim women, older women, disabled women, female sex-workers and many more

But it’s not just about considering the diversity of women’s experiences. We need to make spaces for women, and particularly non-privileged women, to lead decision-making processes. Not just gender policies - but about the economy, the environment, social measures, we need women’s voices in all areas of policymaking. This means more women in leadership positions with the capacity to make decisions to avoid pure tokenism.

COVID-19 has pointed at excellent examples of female leadership tackling crises, like New Zealand’s prime minister Jacinda Ardern, but the public health emergency has also unveiled another pandemic: a chilling surge in violence against women around the world. The latest data shows that, globally, 35% of women have experienced physical violence, including sexual violence in their life, proving that violence against girls and women is a widespread human rights violation. Body integrity is a pillar to gender equality. This also applies to women’s reproductive and sexual rights. Making abortions not only legal, but accessible and free should be a priority in a gender equal world. Likewise, making family planning available for women, regardless of age, race or income is essential to empower women through the control of their own bodies.

But systemic change won’t only take place at a policymaking level. Social transformation starts with people. We need to organise, convince and change minds. We need more feminism. We need to dismantle misconceptions around gender equality, spread by a surge in far-right movements around the globe. Misogynist claims of “gender ideology” to define feminism have gained popularity, leading to a growing sexist hate speech towards women.

Feminism is the backbone of a healthy society. Without feminism, we are left with an oppressive system that discriminates against anything that doesn’t fit the norm. A norm that has been arbitrarily defined by the patriarchy over a long history of hierarchies, where we find gender, among many other intersecting identities. Feminism is the only system that uses equitable methodologies to solve the world’s issues – including social, politic, economic, environmental towards fairer and progressive societies.

The end of daylight saving time, a clear opportunity to improve health
By Ariadna Güell i Marta Junqué
Being prepared for the unexpected, key in a situation of communication crisis
By Isabel Vergara
More feminism for a gender equal world
By Georgina Diaz
Every day is March 8
By Associació de Dones Ca l’Aurèlia
More articles
News
News
News
Opinion