The 20th November, Universal Children’s Day, is a good opportunity to continue giving a voice to all those children who are voiceless and to reclaim that if we fail to protect children we will have no present and no future.

Mireia holds a degree in Journalism from the Autonomous University of Barcelona and a Masters’ Degree in International Relations from Oxford Brookes University. She is currently in charge of communication at Save the Children in Catalonia, an organization that defends the rights of the child around the world. 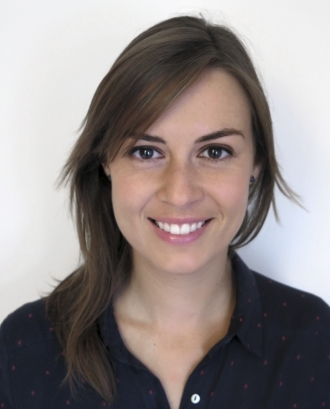 Malnutrition, ill health, child labour, child marriage, extreme violence, poverty or lack of access to education pose a threat to the lives of 1.2 billion children –half of the world’s child population. Children who have missed out on their childhood and are condemned to a precarious future and with no opportunities.

In 1924, Eglantyne Jebb, the founder of Save the Children, for the very first time brought up the need to provide special protection for children and, for this reason, wrote the Geneva Declaration, the precursor of the current Convention on the Rights of the Child. This November 20th will mark almost 30 years since this international treaty was adopted but, to this day, the rights of children are still violated in many places around the world.

Migration is one of the biggest threats for children; globally, there are 30 million children who are forced to live far from their homes because they have been forcefully displaced to another country. Many of them leave alone, without a father or mother to accompany them, and are especially vulnerable to exploitation, abuse or many of the different forms of violence. This is true for many of the children crossing Central America, on their way to the United States of America in search of a better life. Children from countries such as Honduras, El Salvador or Guatemala, where the level of violence is comparable to that in countries at war. Why are there children risking their lives to migrate alone? Because they don’t see any other way.

The story of Jaquelin shows the crude reality of these children and teenagers. Aged just 14, she fled San Pedro Sula, in Honduras, escaping the violence of the Maras and the poverty and lack of opportunities. She travelled alone to Mexico to meet her sister, also a minor. There, she was raped by three men. After passing some time at a centre for minors, the two sisters were deported. Their hopes vanished, as for many minors and teenagers reaching the US border who come up against a wall of indifference.

The protection of children should be a priority for all societies. How can we possibly leave millions of children from around the world to live in poverty, victims of violence or having to migrate to survive? Eglantyne Jebb used to say: “If children in a country are physically or morally abandoned, the whole world loses, and everyone gains if children grow up healthy”. One hundred years later, at Save the Children we continue to believe that we all lose if there continue to be children whose rights are violated. This is why dates like 20th November, Universal Children’s Day, are a good opportunity to continue giving a voice to all those children who are voiceless and to reclaim that if we fail to protect children we will have no present and no future.