A new opportunity for street children in Bobo-Dioulasso

The Girona-based NGO NouSol has revitalized a Day Center for children and young people in the city of Burkina Faso.

In 2016, a study by the Burkina Faso Ministry of Social Action and National Solidarity concluded that more than 10,000 children and young people were living on the streets in the country. The authorities translated into figures one of the most serious problems affecting the African country: the high percentage of children in a situation of social exclusion and vulnerability, a fact that is taken advantage of by the child slavery mafias operating in the zone.

Of the 10,000 children living in the country, about a thousand are concentrated in Bobo-Dioulasso, the country's economic and cultural capital. The city, located in western Burkina Faso, is also a crossroads to neighboring countries such as Mali, Côte d’Ivoire and Ghana.

The situation of children is just one of the many difficulties facing the country at the bottom of all poverty indicators and marked by a difficult socio-economic and demographic context, to which has been added the growing threat of jihadist terrorism. All in all, in a country where nearly half of the 20 million people who live there are minors.

"Burkina is the other side of the coin of capitalism, we in Catalonia and the northern countries are the face, but we are not aware of how far this system can go, which means that people here have to live on 20 euros monthly, it's a system of slavery, here the value of work is zero”, explains Joel López, director of NouSol ONG, who usually spends between seven and eight months a year in Burkina Faso.

NouSol is an entity in Girona that develops international cooperation projects on three continents. Nor does it lose sight of what is happening in Catalonia, where it carries out projects aimed at helping people in a situation of vulnerability, as well as raising awareness to bring other realities closer and generate debate and social mobilization.

A project to give new life to the Tié Day Center

Since 2018 he has been present in Bobo-Dioulasso, where the Girona NGO came from the hand of a Togolese-French social educator who had been working in the city for many years helping minors get out of the pit of crime. Through him, they met the Tié Association, a local entity that has a large reception center for children and young people in the city.

“When we arrived, the center was almost completely stopped, the association had no money to pay for the electricity, water and gasoline for the vehicles; our mission was to revitalize these resources to make it work again and to welcome children and young people”, explains Joel López.

Thus was born the project Day and Emergency Center for children and young people in a street situation in Bobo-Dioulasso, which NouSol has reactivated with the Tié Association. The center welcomes homeless children and offers them a safe place to shelter during the day, health care and emotional support, a space for personal hygiene and laundry, as well as encouraging them to participate in different activities. recreational-educational, artistic, sports and recreation organized at the center. 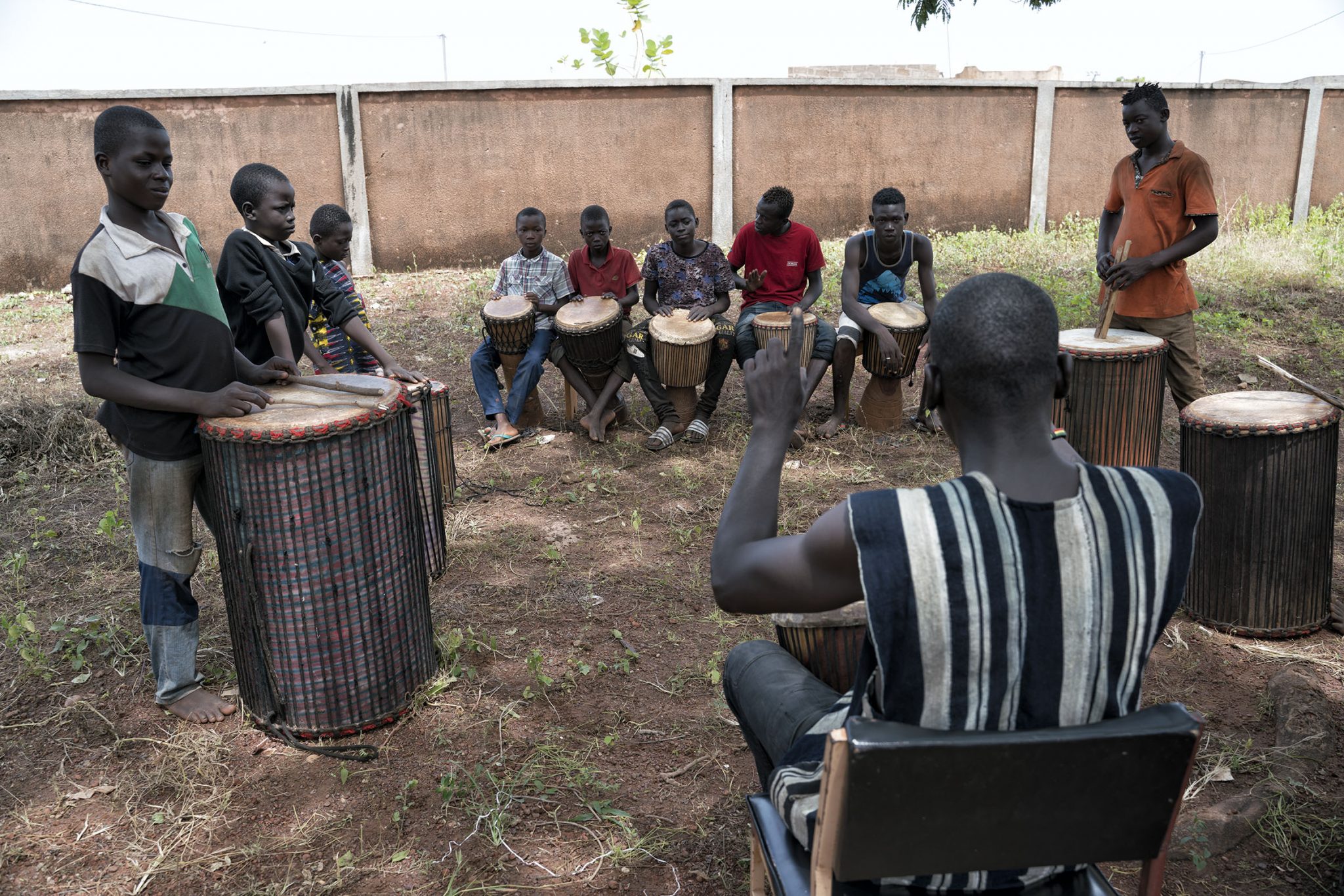 A team of educators and social integrators, professionals and volunteers, is responsible for ensuring that the space works and that children and young people have the care they need and have a shelter that takes them away from the street.

NouSol's involvement in the project is total and its presence in Bobo-Dioulasso, continued. "Our peculiarity is that we are on the ground, we are not an organization that sends funds and makes regular visits, we work and we are here, working with the local counterpart to alleviate this serious problem of children in street situations", points out Joel.

Thousands of children dumped on the streets

The reasons that lead these children to live on the streets are diverse. The cooperator explains that the situation of the families is so precarious that they cannot take care of the basic maintenance of their children. "Health conditions have improved and infant mortality has been reduced, which means that families have more children, who cannot be fed or taken to school, it's not enough for them", he said. he assures.

These children are under pressure from their families, who send them on the street to beg or sell anyone, to make a living as they can. Little by little, they are left in a street situation and, as they cannot bring money home, they don't return. "The embarrassment of feeling that they are not useful to their family makes them helpless on the street, addicted to drugs and exposed to all kinds of violations of rights and abuses", says Joel, who points out that this is the most common profile — but not the only one — of children ending up in the center.

Besides, the social stigma towards these children also makes them fall into a well from which it's very difficult to get out: “They are treated like thieves, lazy people, no one touches them, no one pays attention to them, they are considered the last shit of society and this causes them to develop serious psychological problems and their mental health is severely affected”, adds the director of NouSol. 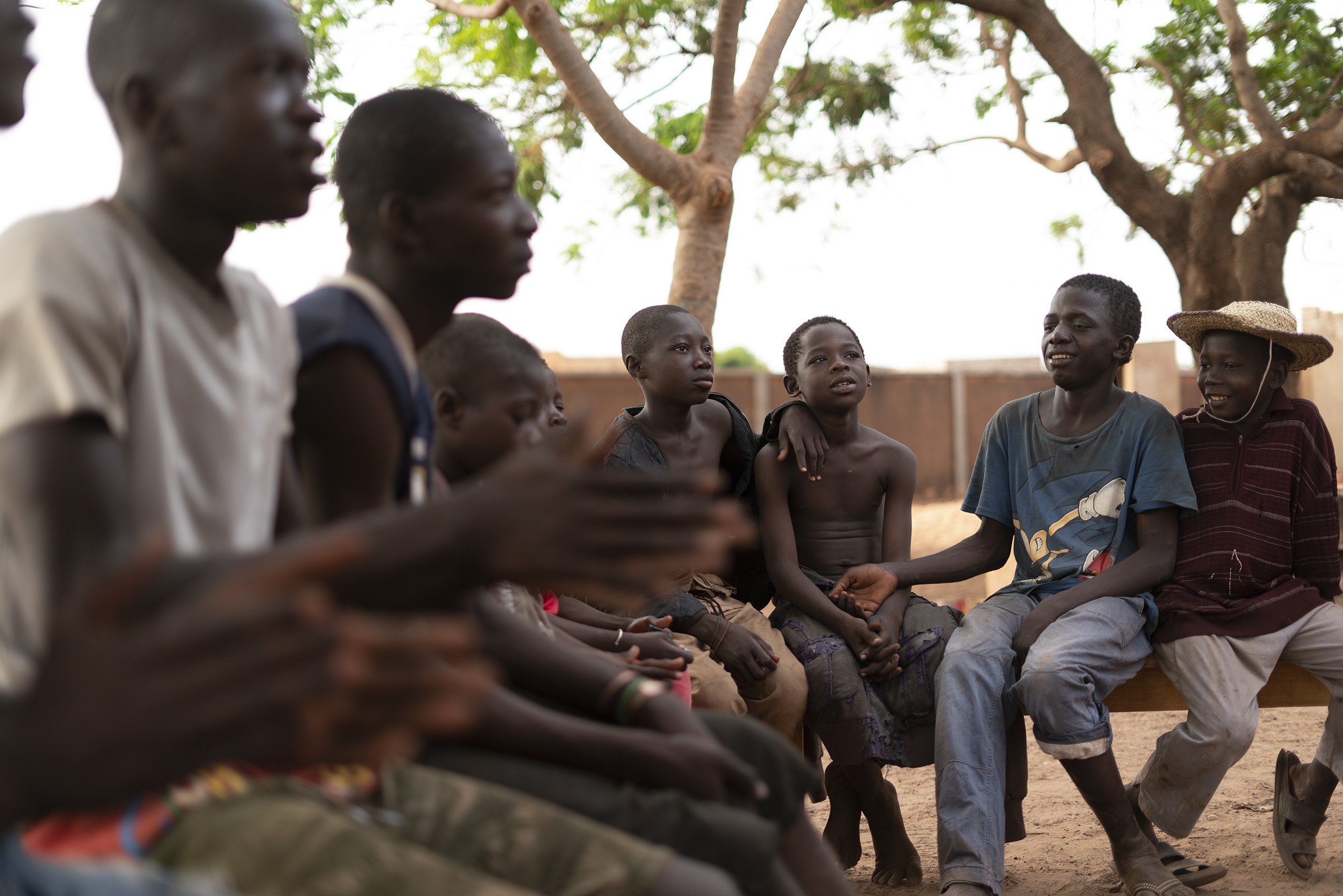 The fact is that the NGO admits that it's not easy to put children who have been exposed to life on the street back on track, a painful situation that leaves serious consequences. "Most of them suddenly run out of references, they no longer have limits and they are free, they don't have schedules and they can do whatever they want, and that makes it very difficult for them to adapt to school rules again, so example, and return to society”, says Joel.

It's the members of the NGO themselves who identify the minors, in day and night raids, and encourage them to go to the center. "We go out one day and two nights every week, we have located the points in the city where children sleep and beg, we are the only organization in the region that does it", said Joel.

One of the most important tasks in this process is to identify the children they find on the street and arrive at the center, take a photograph of them and collect their data. From NouSol they emphasize the importance of knowing who the child is in order to have references, to find out if the family or the police are looking for him.

In addition to identifying them, the NGO asks them a series of questions - which they agreed with a lawyer specializing in human rights - to find out the status of the fundamental rights of children and what kind of abuse they have suffered, including others. With the information, they fill a database, which they share with other organizations working in the area, and which serves to generate statistics, to see the evolution of the situation.

"Children are suspicious at first and it's not easy, but when they get to know us and, as they visit the center, we establish bonds of trust and get truthful information about them and the situation that has brought them to the streets".

In addition, the activities they carry out at the center, especially artistic ones such as music, photography and dance, are an open door for them to express themselves more freely. "What we do with these activities is try to project their future, these children live the day, with the only concern of finding food and a place to sleep, and with the arts we want them to do this projection work: what do they want to do?, what they want to be?, how they imagine themselves in the future?".

Objective: effective return of children with their families

All this is very necessary to achieve the ultimate goal of NouSol’s task: to bring them back home with their families and achieve their full social inclusion.

Achieving this is not easy, they admit, and can sometimes be frustrating. "In the years that we have been doing the project we have seen many cases of children who return to their families and after a while they live on the streets again, and of course, every time this happens, after months and months at work, we feel like a big failure", admits Joel.

Following this experience, NouSol launched a family reintegration program last year in which they try to help financially, give all possible support and empower the families of these children so that the return is a success. The idea is to return a dozen children each year, putting effectiveness in terms of quantity.

However, there are also many success stories, such as that of Theophile Palenfo, a boy who was a street child for many years, was a user of the center, managed to rehabilitate and today is a key piece in the gear of the center managed by the Association Tié and NouSol.

His work is very important, they explain, since he knows the street and has a good feeling with the children who are in this situation. "He is one of them and can move freely around the areas where children move, which are often dangerous, in addition to being a model for all of them, so he is the leading educator of the project and we value the work he does", agrees Joel.

A federation of organizations for the protection of children

However, NouSol wants to go beyond the project of the center and therefore has developed a map of local resources that work for the protection of children, teenagers and young people in a vulnerable situation that has allowed them to know in depth the associative fabric of the Bobo-Dioulasso and create synergies.

All this has germinated in a federation of a dozen organizations dedicated to child protection that will work hard to seek resources, funding and reach high levels. "We are happy because the organizations that make it up are very powerful and eager; the idea is to create a network because the problem is so beastly that if we don't work together, there is nothing to do", concludes Joel.