A nuclear exchange would be catastrophic, and nuclear war between the US and Russia would present an existential threat.

Kate Hudson is General Secretary of the Campaign for Nuclear Disarmament.  She is a leading anti-nuclear and anti-war campaigner and author of CND at 60: Britain’s Most Enduring Mass Movement. 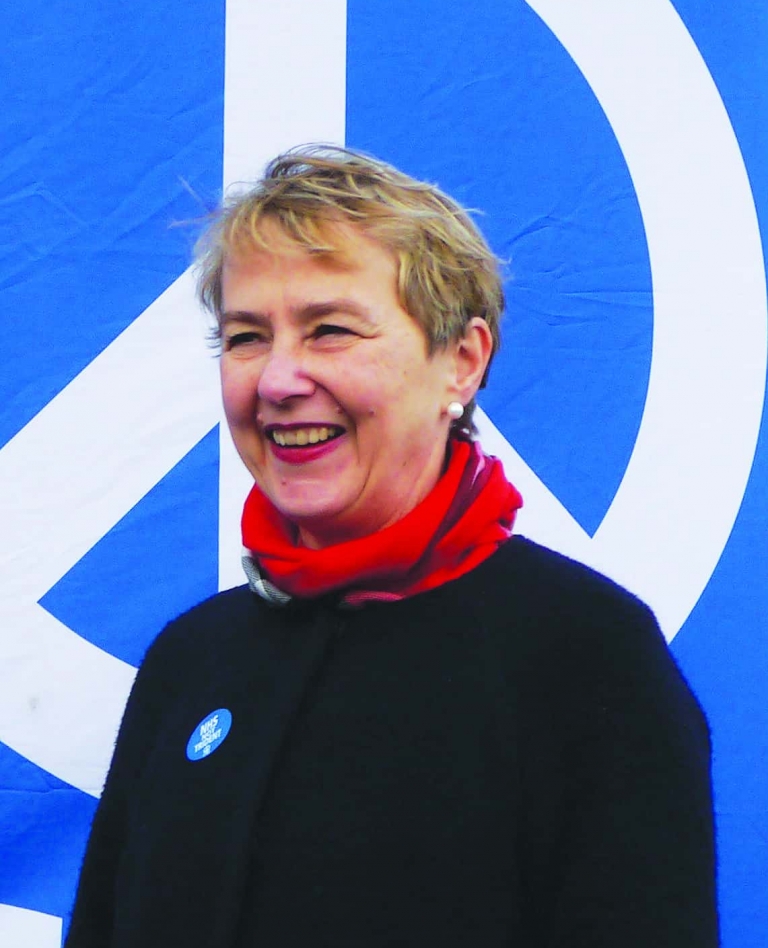 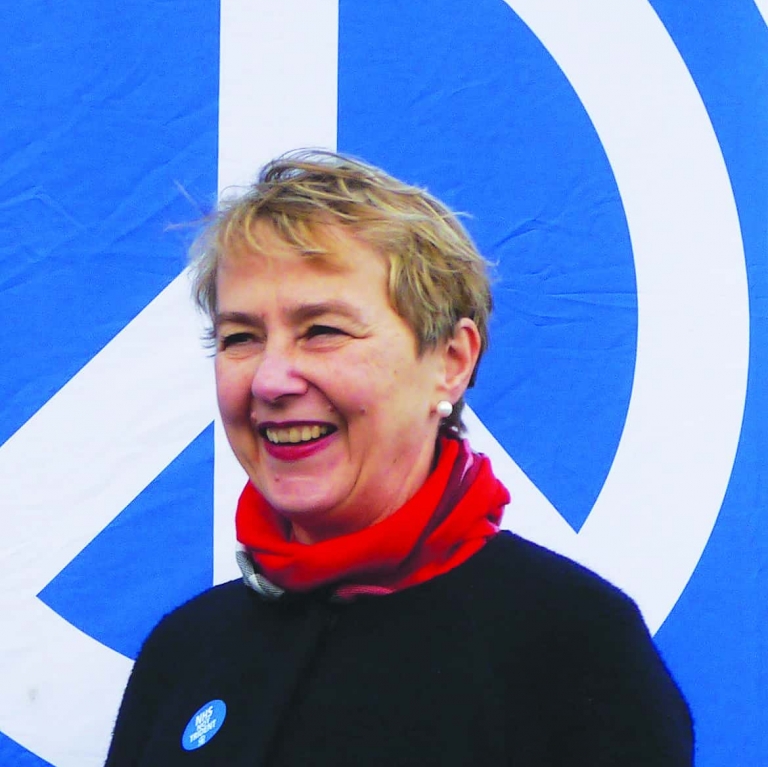 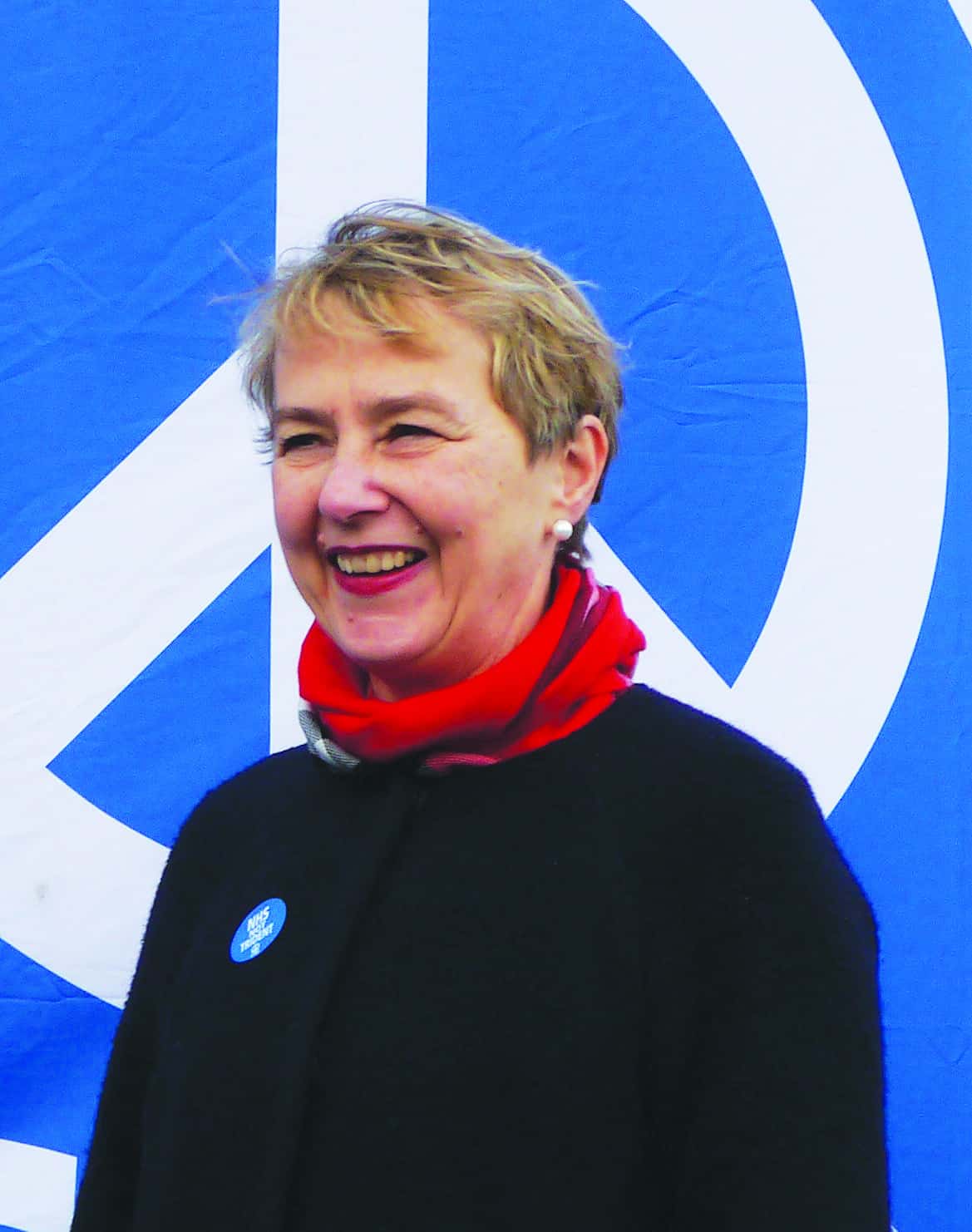 As the disastrous war in Ukraine continues, there is increasing concern about the possibility of the conflict escalating to a point where nuclear weapons are used. Newspaper headlines in Britain regularly talk about the nuclear threat and our work in the peace movement has a strong focus on raising public awareness of what such a war would actually mean. As many European countries pour weaponry into the conflict zone, the possibility increases and if a ‘no-fly zone’ was declared by NATO then conflict between NATO and Russia would be certain. Where would that end?

Russia and the United States together have almost 12,000 nuclear weapons—some of which are 3,000 times the power of the Hiroshima bomb. Add to that the arsenals of NATO members France and the United Kingdom, not to mention around 150 nuclear bombs that the US sites in western Europe under the auspices of NATO. Far from their significance receding since the Cold War, all nuclear arsenals are being modernised and upgraded—and in the case of the UK’s, being increased, as announced last year. We need voices of sanity and reason from European leaders, to work for a ceasefire and a Russian withdrawal, not going to the brink of nuclear war and beyond.

During the Cold War, the notion of ‘mutually assured destruction’ meant that—in theory at least—leaders understood that a nuclear war was unwinnable and must never be fought. Indeed the leaders of nuclear weapons states recently reiterated that point, first made by Reagan and Gorbachev in 1985. But their actions belie those words and things have changed for the worse. During his term of office, Donald Trump produced and deployed ‘usable’ nuclear weapons; and last year the UK outlined new scenarios in which it would use nuclear weapons.

Do our political leaders actually understand what the use of just a single nuclear weapon would mean? The catastrophic human and environmental destruction, the incineration of cities and populations, and the appalling deaths from radiation poisoning? A nuclear exchange would be catastrophic, and nuclear war between the US and Russia would present an existential threat.

We know from the horrors of Hiroshima and |Nagasaki what a nuclear explosion is like: the heat flash, the blast, the fire storm, the radiation, which poisons and destroys, bringing sicknesses, cancers, birth deformities and death. This is the least we can expect from nuclear use. Because as if that isn’t bad enough, the Hiroshima bomb was actually a small nuclear bomb in today’s terms – some are now 3,000 times its power.

So there is no possibility whatsoever that war will resolve these complex problems, and it might just end with the destruction of humanity. Only dialogue and a willingness to be open to the concerns of others will make a difference. Many in Europe speak of a new security framework for Europe, with a commitment to common security rather than endlessly increasing militarisation, more nuclear weapons, and ultimately more deaths. This is the path that governments across Europe must now pursue, rather than stoking up endless conflict.